The pervasiveness of mould has inadvertently made some homeowners nonchalant regarding this infestation, making them believe that they are dealing with nothing more than an irritant that stains their walls and makes their home smell old. But this is a gross misassumption. When mould is left to fester, it has the potential of becoming extremely problematic primarily due to the toxicity that it poses to both you and your loved ones.

Nonetheless, this does not mean that attacking this issue with cleaning supplies and elbow grease will do. Instead, it is best to enlist professional cleaning services that are skilled in the techniques employed during mould remediation. Below are just two hazards of undertaking in DIY residential mould removal.

You are at risk of falling seriously ill

The foremost aspect to note regarding mould spores is that they affect the health of individuals differently. A few of the mild symptoms that you may develop include a tickle in your throat, a blocked nose or congestion. In more serious cases, you can develop a hacking cough, a rash, respiratory infections and even lung disease. The second thing to note about mould is that your home can be infested with different types of this fungus. And while some of the fungi are considered mild, others are deadly.

For instance, Aspergillus and Cryptococcus are pathogens that can wreak havoc to lung tissue when inhaled. Since you cannot discern which type of mould you have you in your home or the way that your body will react to exposure, it would be perilous to risk endangering yourself by engaging in DIY mould removal. The professionals not only have protective gear but they will also test the mould to identify the different types that are potentially present in your home.

You are at risk of spreading the fungi

The second hazard of choosing to engage in DIY mould removal is the potential of spreading the infestation even further around your residence. When the mould is agitated, its spores dislodge and drift into the air. Considering how weightless these spores are, it is easy for them to float into the various rooms of the home. In addition to this, there is the chance of the spores making their way into the ductwork. Resultantly, when you turn on your air conditioning, the spread of the spores is facilitated further, and it is only a matter of time before your entire house is overrun by mould.

Take note, all the cleaning equipment that you employ to tackle the mould, such as vacuums, will become contaminated. Thus, when you use them next, the equipment ends up polluting your residence further. Contrarily, professional cleaners will not only contain each room they remediate meticulously but they will also sanitize all the equipment employed thoroughly before utilization.

If you have mould in your home, contact a mould removal service for help. 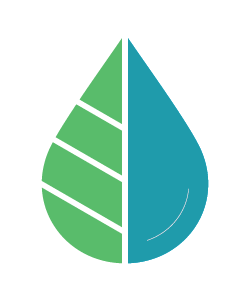 Are you confused about which cleaning products you should use to keep your offices in the best condition? Perhaps you simply don’t have the time you need to keep your business sparkling clean? If you lack the time or equipment to clean the office floors or polish the furniture then why not hire a cleaning service? Here you will find everything that you need to know about choosing the perfect cleaning service for your company. Find out which equipment your cleaning company should use, how they can help you and how you can know that you have found the right cleaning service for your business.